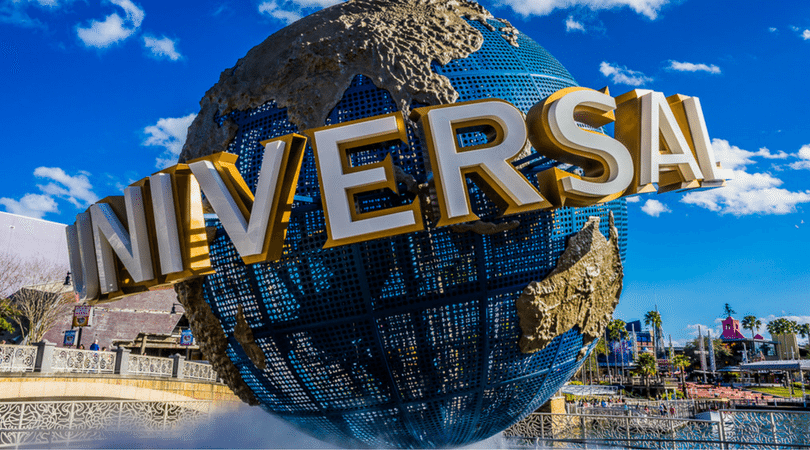 Special events at Universal Studios and Island of Adventure

Universal Orlando® Resort doesn’t hold back when it comes to its annual special events. In fact, the resort hosts one of nation’s premier events with Halloween Horror Nights®, but it doesn’t stop there. Year-round, there are spectacular events from Mardi Gras to the New Year’s Celebration. We have put together a full list of Universal Orlando’s annual events, so you can easily see what’s going on when you plan to visit.

A Celebration of Harry Potter 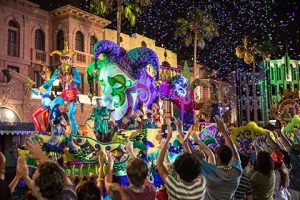 Nightly, February 4 – March 25
Universal Studios
Sure, it’s not the original Bourbon Street R-rated Bacchanalian celebration. But the 50 nights of Mardi Gras are colorful and loud and you can jostle for cheap, plastic beads thrown from festive floats. The highlight is the live concert series performed on select nights by crowd favorites. 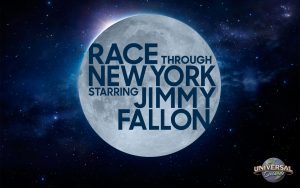 Universal Studios
Inspired by the popular Tonight Show segment, this upcoming ride “Race through New York Starring Jimmy Fallon” will pit you against Jimmy in a wild race through one of the world’s greatest cities – New York City. Opens in Spring 2017. Guests step right into Studio 6B where Jimmy will challenge them. On the adventure, they will twist, turn and laugh as they speed through the streets – and skies – of The Big Apple – encountering everything from iconic landmarks to the deepest subway tunnels – and anything else that comes to Jimmy’s mind. 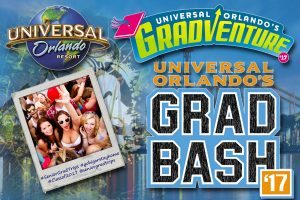 April 7, 21, 28 & 29, 2017, 7 p.m. – 2 a.m.
Universal Studios Florida & Islands of Adventure
Universal’s Grad Bash is the ultimate graduation celebration for today’s seniors, encompassing BOTH Universal Studios and Universal’s Islands of Adventure theme parks. With cutting-edge rides and attractions, the hottest musical performers, multiple dance zones and more-it’s a party only Universal can throw! Plus, we let chaperones in on the fun with FREE EXCLUSIVE UNIVERSAL EXPRESSSM ACCESS (enabling them to skip the regular lines at most rides and attractions), the popular chaperone-only lounges, giveaways and more! 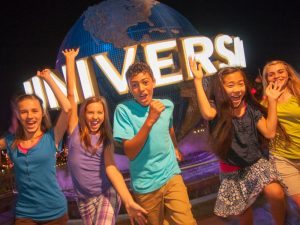 May 5, 12, & 19
Universal Studios Florida & Islands of Adventure
Your middle school grads can celebrate with all their friends and experience the thrills of BOTH Universal Orlando™ theme parks. When your students attend Orlando’s only two-park middle school graduation celebration they’ll enjoy multiple DJ’s, plenty of street entertainment, and the most exciting rides and attractions around. It’s an unbeatable night of thrills in a safe, supervised environment. Best of all, a voucher for dinner in the parks is included making for the utmost in fun and convenience! 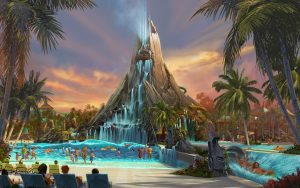 Early Summer
Live the carefree island life at Universal’s Volcano Bay™. It’s an all-new water theme park like no other where thrills and relaxation flow in perfect harmony. With the power of the TapuTapu™ wearable there’s no standing in long lines, wrestling with tubes, or waiting for the fun to begin. It’s a tropical paradise just steps away from everything Universal Orlando Resort™ has to offer. 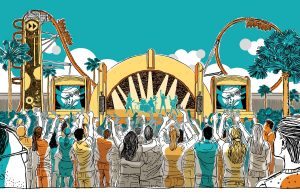 TBD, but it falls on the same weekend as Disney’s Night of Joy in the past, which is already scheduled for Sept. 8-9.
Universal Studios
Rock, ride and rejoice at Rock the Universe™ only at Universal Studios™. Experience two nights of soul-stirring songs from Christian music’s hottest stars, alongside awesome rides and attractions. It’s an unforgettable weekend of faith and fun. 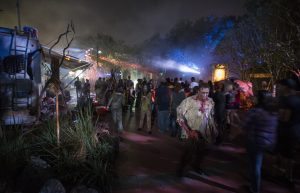 TBD, but likely late Sept-early Nov. Halloween itself falls on a Tuesday
Universal Studios
Other parks try but they all fall short of the terror-fest that is HHN. Bring a change of fresh undies because you’re going to lose control when you’re attacked by hordes of zombies, ghosts, monsters, ax murderers, cannibals and the occasional possessed kid. 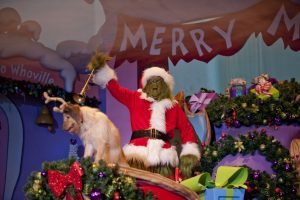 TBD, but likely early Dec-Jan 1
Islands of Adventure
Grinchmas is the perfect occasion to see the Grinch in his natural state as a cranky misfit wracking up felonies and causing trouble for those irritating Whos in Who-ville before they brainwashed him with their hippy handholding. Enjoy Who-themed entertainment including live readings of the story that taught us about the Grinch’s severe cardiomegaly condition. 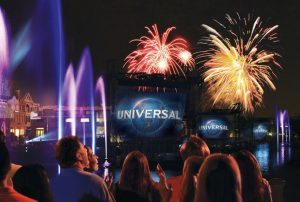 Universal CityWalk
January 31
If there was ever an event to Uber to, CityWalk’s New Year’s celebration is it because after downing a dozen fancy drinks and attempting an inebriated Nae Nae on “Orlando’s biggest outdoor dance floor,” you do not want to drive home. Jam out with live music and stuff your face with unlimited food. Sorry, young’uns, but you have to be of legal drinking age.