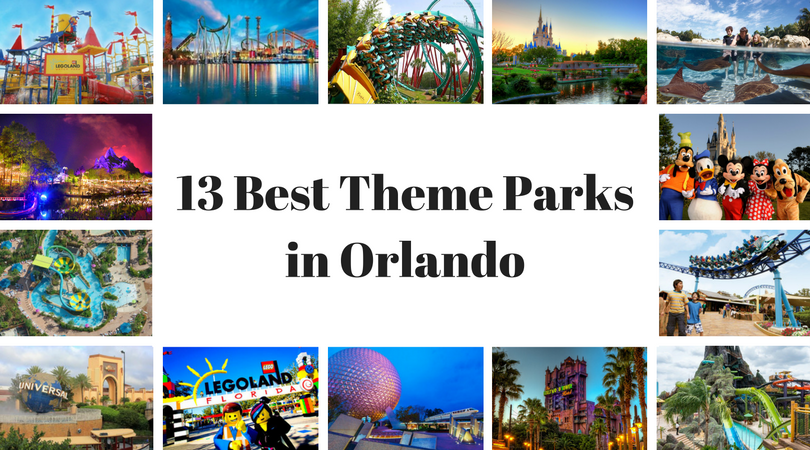 Orlando, the “Theme Park Capital of the World,” has enough to keep your family entertained for weeks if not months on end. 13 Best gives you the rundown on what each of these fantastic parks has to offer. 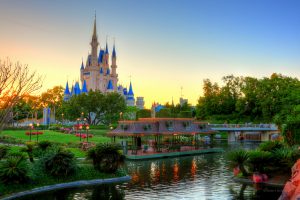 Disney’s Magic Kingdom, the sister of Disneyland in California, opened in 1971 with the 189-foot Cinderella’s Castle jutting up from the center. The park’s six themed areas — Main Street USA, Adventureland, Frontierland, Liberty Square, Tomorrowland and Fantasyland — are home to classic Disney favorites, like It’s A Small World and the Jungle Cruise, as well as some new offerings. 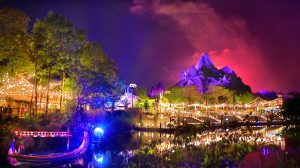 At the Animal Kingdom, Disney elevates the concept of a zoological park to something completely new. Here you can take a safari ride through the wilds of Africa — complete with real animals, raft down the Amazon or ride a runaway train through Mount Everest. The park is home to about 1,500 animals representing 250 species. 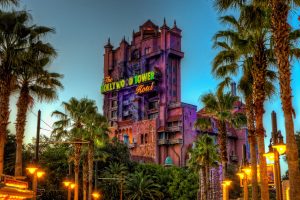 Go to the movies with Disney at Hollywood Studios, a theme park that takes you inside the world of show business with live stunt shows, animation galleries, a backlot tour and plenty of live shows, rides and attractions. Thrill seekers should be sure to take the plunge down the Twilight Zone Tower of Terror. 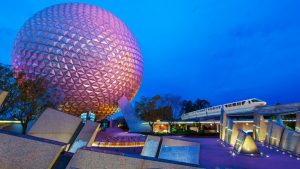 What started as a showcase for the latest in innovation has transformed into one of Orlando’s largest theme parks, Epcot. It’s hard to believe how much Disney managed to pack into these 305 acres; you’ll find an aquarium, 1.3-mile promenade around the World Showcase Lagoon, 11 pavilions celebrating nations of the world and numerous attractions, like the iconic Spaceship Earth. 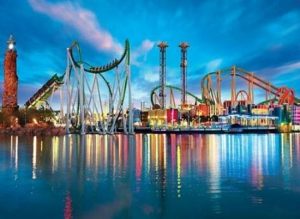 Universal Studios Islands of Adventure bring some of your favorite movie experiences to life. Wander through the world of Hogwarts at the Wizarding World of Harry Potter, take a thrilling raft ride past dinosaurs on the Jurassic Park River Adventure, meet your favorite children’s book characters at Seuss Landing, get wet in Toon Lagoon or fly through the air on the Marvel Super Hero Island attractions. 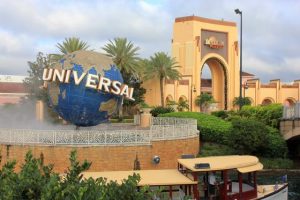 Universal Studios Florida, the original park of Universal Studios Resort, brings pop culture to life on its 107 acres of Orlando real estate. Relive classics like E.T. and The Terminator or catch up with the characters of newer releases, like Despicable Me and Shrek. 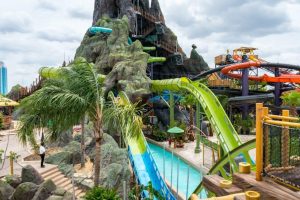 Made up of four immersive areas filled with innovative opportunities for thrills and rejuvenation, Universal’s Volcano Bay™ is an all-new water theme park like none other. Here you’ll find a full day’s worth of fun set to the tune of a comforting island breeze and breathtakingly lush views.

With 18 incredible attractions, you’ll be able to experience daring water adventures and moments of peaceful relaxation—all without having to worry about waiting in line or carrying around rafts. You’ll be granted the powers of the TapuTapu™ wearable. With just a wave of your wrist you can hold your place in the ride lines and reveal wondrous surprises throughout the park. Which means more time to careen down slides, brave whitewater torrents, drift down a winding river or relax in your own waterside cabana. 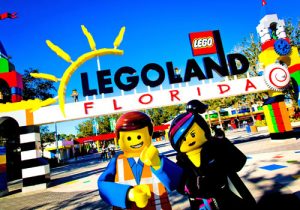 LEGOLAND Florida, the largest LEGOLAND park in the world, features 50 rides, shows and attractions spread out over the LEGO-strewn 150-acres. If you’re traveling with younger kids, LEGOLAND makes a great choice since its designed for kids between the ages of 2 and 12. Be sure to stop by the Big Shop to bring some of the LEGO action home. 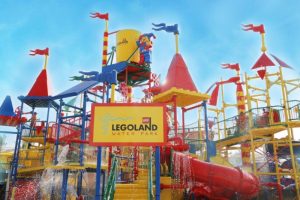 Get ready to slide, splash and build your way to fun at LEGOLAND® Water Park. From the LEGO® wave pool to the Build-A-Raft lazy river, tube slides, body slides and interactive water-play structures -Joker Soaker and DUPLO®Safari – your kids will soak up tons of fun! 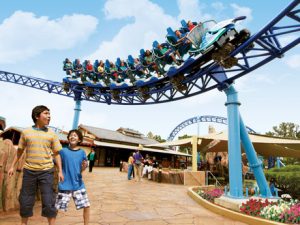 At SeaWorld Orlando, you and your family can meet Shamu, the world’s most famous killer whale. After you’ve observed all the underwater critters living at the park, get your heart racing on SeaWorld’s rides and roller coasters, catch a comedy show featuring sea lions and otters or grab a bite at Sharks Underwater Grill. 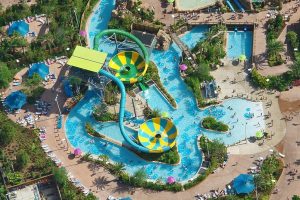 Aquatica Orlando brings the best of an aquarium, zoo, water park and amusement park together into one experience. With 38 slides, 84,000 acres of white sand beach and private cabanas for rent, you can easily spend the entire day enjoying the Florida sun with your family. Don’t miss the Dolphin Plunge, a clear tube water slide that takes you through the Commerson’s dolphin habitat. 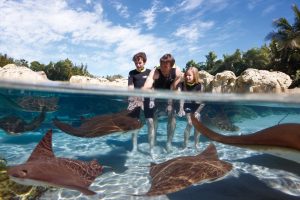 With guest access restricted to 1,300 per day, Discovery Cove feels more like an exclusive resort than a theme park. Without crowds to worry about, you’ll get to enjoy up-close animal encounters with dolphins, sting rays, tropical fish, sea otters and exotic birds. It’s all-inclusive too, so you won’t have to worry about food, towels or snorkeling equipment. 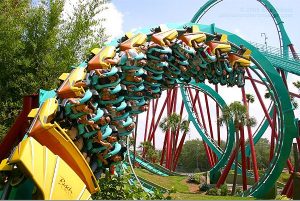