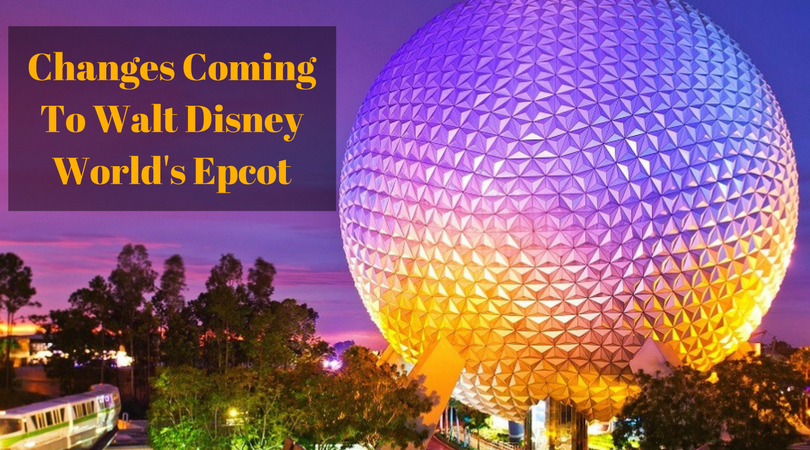 Walt Disney viewed his theme park as a lab for constant innovation where he and his Imagineers can tweak, change, improve, or completely renovate attractions for guests to enjoy. At the D23 Expo 2017, Disney Parks & Resorts announced major changes coming to Epcot. As Disney prepares to celebrate the parks’ 35th anniversary, they are Imagineering its future.

1. Guardians of the Galaxy Attraction

Capitalizing on the success and popularity of the Guardians of the Galaxy franchise, the former Universe of Energy Pavilion will soon be home to an E-ticket attraction featuring Star Lord and everyone else.  Details as to the ride system and story are scarce which makes us even more excited for this attraction to come on line!

Magic Kingdom is home to New Fantasyland.  Hollywood Studios is currently constructing Star Wars Galaxy’s Edge and Toy Story Land and Animal Kingdom just opened Pandora: The World of Avatar and debuted Rivers of Light, so the time is long overdue for a refresh of Epcot.  We are excited to see all of the improvements as they open – which big change are you most excited about?

To add to the array of dining options available to guests at Epcot, Disney is going to be building a space-themed restaurant between Mission Space and Test Track in Future World.  We are excited for the unique theming this restaurant will offer since there will be no windows and guests will be treated to video screens with views into space!  We can’t wait to see what the menu looks like at this galactic eatery!

Mission Space recently returned from a refurbishment that completely changed the ride experience for guests looking for an out-of-this-world thrill! Gone are the traditional green and orange missions.  Guests can now choose to head to outer space to explore around Earth or choose to travel to Mars.  The ride system has also been updated to increase guest satisfaction!

Epcot is on its way to being the most accessible park.  In addition to the current bus, monorail, and Friendship boat transportation to the park, Epcot will also be served by the new MinnieVan service powered by Lyft.  But, the transportation improvement that we are most excited for is the new gondola system that will connect Epcot with Hollywood Studios, as well as the Art of Animation, Riviera, and Caribbean Beach resorts.  Guests will love the variety of transportation options to ease their movement between the parks and their resort hotels.

Following the popularity of the mini-land at the Walt Disney Studios Park in Paris, Epcot will be expanding the France Pavilion and building a Ratatouille attraction.  We are excited to see the expansion of the pavilion because preliminary plan indicate that nothing in the current France Pavilion is being replaced or lost in the expansion.  We are also hopeful that the attraction proves to be popular and attractions will be added into other pavilions in the World Showcase.